All the photos that I've been sharing in this series were taken in January 2012, (which is summertime here in South Africa) within the space of two hours. We didn't even have a camera with us, just Hubby's mobile phone. I kept asking him to pass it to me, so that I could take these pictures. At this point of our country drive, we had ventured onto a farm road, where there used to be a restaurant. I think we wanted to see if the place was still open for business. Instead of a restaurant, we found two horses grazing in the olive grove. These two pictures are of the white horse. 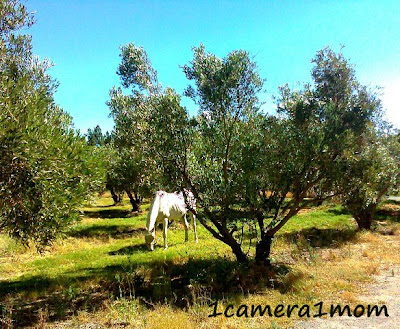 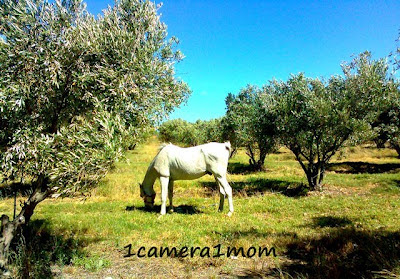 I did a three-part series called "The Oil" (which I've listed below) where you'll find lots of interesting facts on the biblical symbolism of olive oil.

Posted by Christina Morley at 10:02 PM