Wine and Dine at Du Toitskloof

We celebrated the American 4th of July in South Africa with wood fired pizzas at Du Toitskloof Cellar in Rawsonville. They have recently added on a deli, called Melissa's Food Shop, with an outdoor pizza oven. It was our first time trying their pizza. The pizza base was a bit tough, but they were delicious. We ordered three Margaritas, one plain and two with ham. The ham ones were very flavorful and they all came with fresh rocket (arugula) on top. There were also some gourmet style topping combinations, but we stuck with simple choices, since we were sharing. 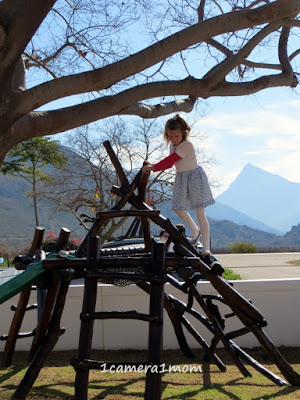 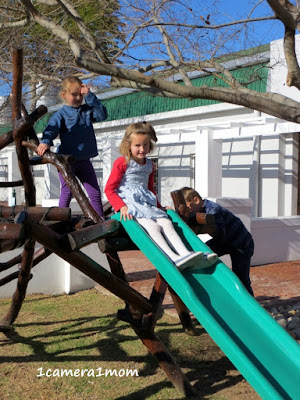 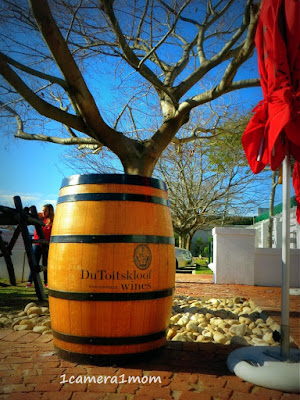 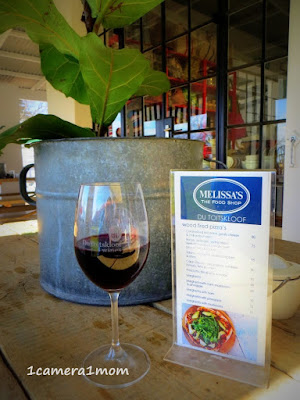 Our waitress informed us that a glass of wine was included with our food. Later we were told that refills were also for free. That certainly made our day. We have always enjoyed Du Toitskloof Wines, so please check out my wine tasting post that I did previously. 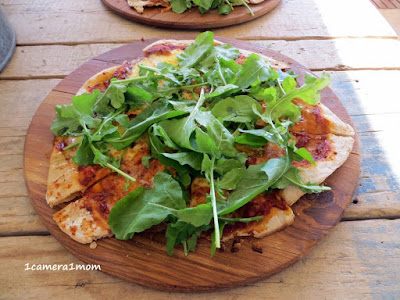 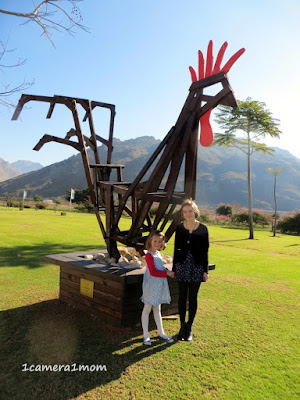 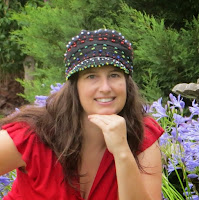 Posted by Christina Morley at 3:42 PM