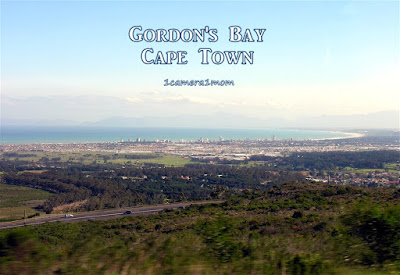 If you have been following my mom blog, Amanda's Books and More, then you'll know all about our new shelter dog that we adopted from Gordon's Bay. We made the trip twice - first to meet him and begin the adoption process and then to bring him home.

Today's photos are from our first visit. We brought our old shelter dog along to meet the new one and headed to the beach afterwards. We found our own way onto the beach from the lower end and didn't see any signs about dogs until we got to the promenade. It turns out dogs aren't allowed on that part of the beach, so we walked back to our car via the paths. We went in winter when it was too cold to swim, but nice enough to walk on the beach and along the promenade.

This blog is best viewed in Google Chrome.
Click on the images to enlarge them.
Trust me, it's worth it! 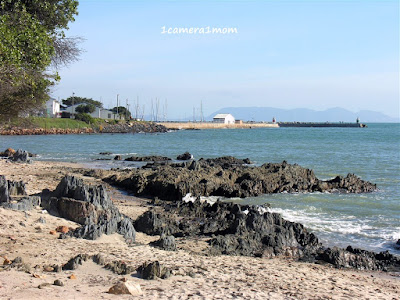 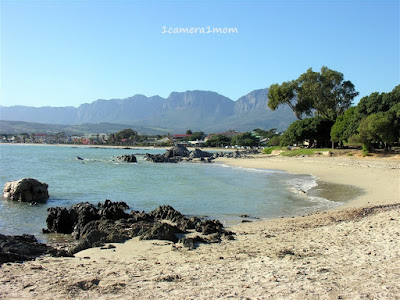 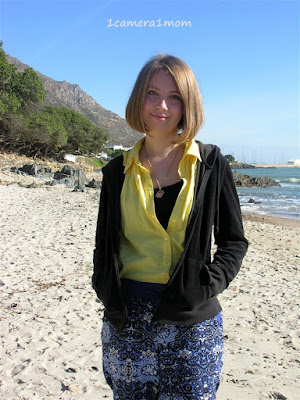 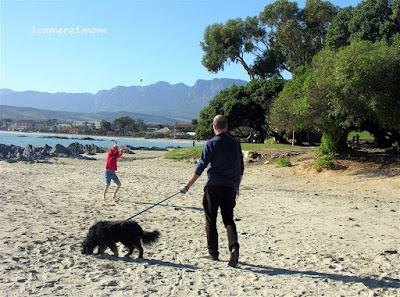 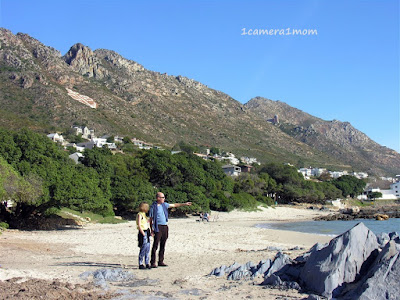 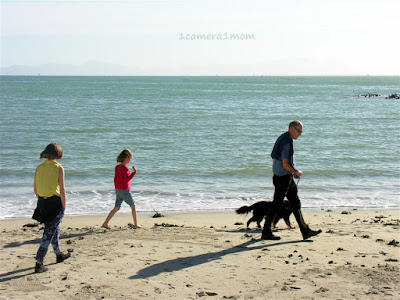 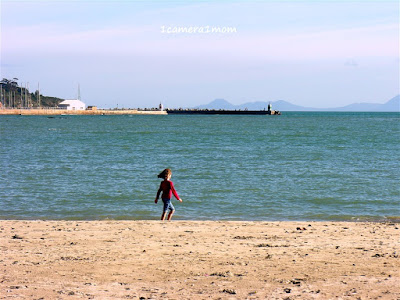 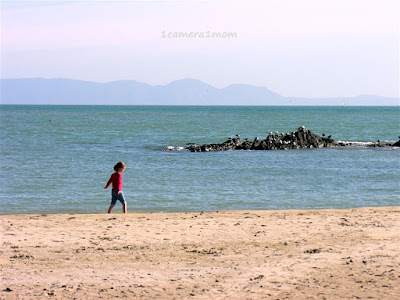 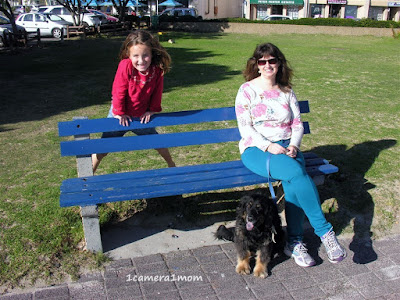 Gordon's Bay has white sandy beaches with mountains and two harbors. It's about a 40 minutes drive from the city of Cape Town. Along the mountainside, there is a huge anchor with the letters "GB". Many think that this stands for Gordon's Bay, but in fact stands for General Botha, which was the original name of the Naval station in the town. 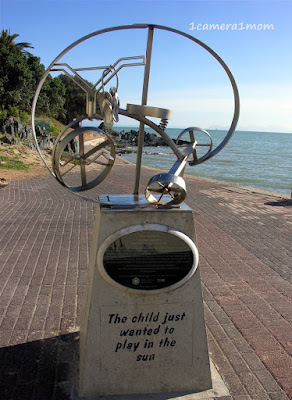 We came across this very moving sculpture by Tyrone Appollis of a tricycle with flip-flops hanging from the handlebars and lines from a famous poem by Ingrid Jonker. Appollis included several lines of the poem on the four sides of the plinth:

Her poem was read out by Nelson Mandela on May 24, 1994 at the opening of the new Parliament in the New South Africa. It was written in 1960, just after the Sharpville riots. Around that time, Jonker witnessed a black baby get shot in his mother's arms. 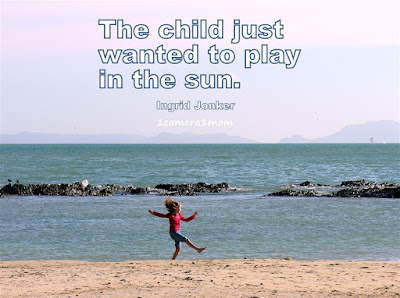 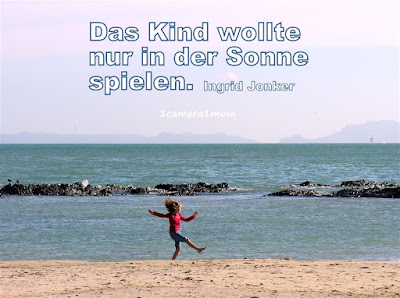 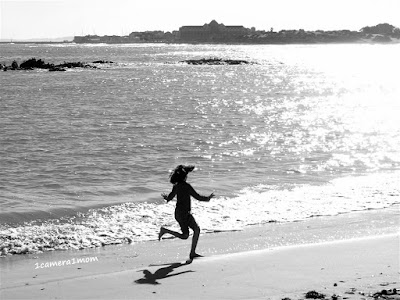 Related post:
On the Road to Gordon's Bay
Posted by Christina Morley at 10:27 PM