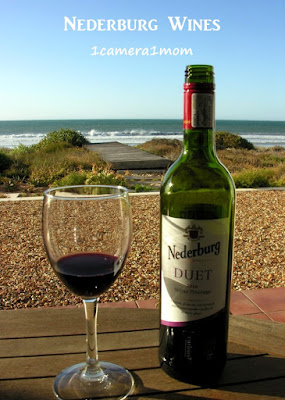 On our way to South Africa's West Coast for our Christmas holiday with my husband's parents, we stopped in at the Nederburg Wine Estate in Paarl for some quick wine tasting. It was our first time visiting Nederburg and it was a spur-of-the-moment decision. We were pleasantly surprised to discover that Nederburg was awarded the Platter's SA Winery of the Year 2017, which is the famous Platter's Guide ultimate accolade. Nederburg won the award six years ago as well.

Two of our kids were with us and two were already at the West Coast with my in-laws. My husband and I, along with our son, Jeremiah, were greeted with a glass of sparkling wine. Samantha, our 16-year-old, was offered a fluted glass of sparkling grape juice. We had a lot of fun at Nederburg. We bought a variety of their wines and gave some bottles as Chrismtas gifts. The first four photos below were taken with my husband's phone. 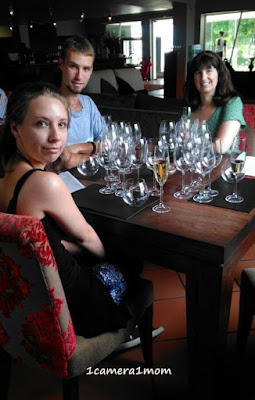 My husband chose five reds and my son and I tried three whites and two reds. We asked the staff if Samantha could have a milkshake or something while we tasted wines. They kindly organized a bowl of ice-cream for her from the restaurant. 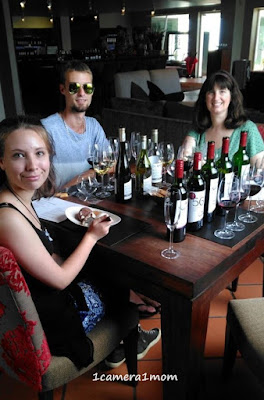 The Nederburg Wine Estate was established in 1791 when a German immigrant Phillipus Wolvaart and his wife, Margaretha, took a leap of faith and purchased the farm for 5600 guilders. The wines in the 56 Hundred range are named after that strategic piece of history.

Robbie and I opened a bottle of the 56 Hundred Chenin Blanc for a quiet New Year's Eve at home with just the two of us. We had it with our sushi appetizer. For Christmas Eve, he opened a bottle of the Nederburg Duet Shiraz Pinotage while we were with his parents at the West Coast. Pinotage is a uniquely South African cultivar. From the three white wines that we tasted, Jeremiah and I especially liked The Winemasters Special Late Harvest. It's a sweeter wine, being a late harvest, but not too sweet. 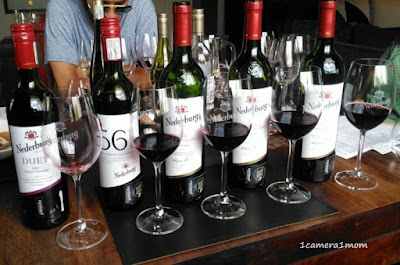